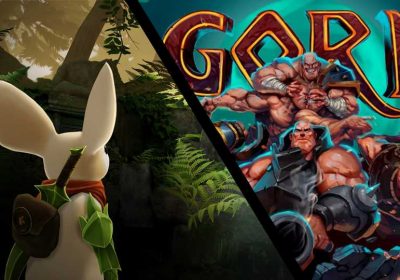 Moss (2018) and GORN (2019) have become the latest VR games to reach the 1 million unit ‘platinum’ mark, earning an estimated $22.5 million and $12 million, respectively, in revenue. Multi-platform development was key to their success.

Selling one million units in the VR space used to be a rarity, but an increasing number of games are reaching the milestone, especially older titles which show the ‘long tail’ that many early but acclaimed VR titles have benefitted from.

2018’s Moss, from developer Polyarc, and 2019’s Gorn, from Free Lives, both recently announced that they reached the 1 million unit ‘platinum’ milestone.

Although both games were only available on a single VR platform at launch, over the years they were eventually ported to every major platform: PC VR, PSVR, and Oculus Quest, underscoring the importance of reaching across the spectrum of VR platforms to maximize success. Both games have consistently held position among the 20 best rated games on Quest.

That was well before the game went multi-platform. From that 50,000 unit milestone to today, the game has sold an average of 22,600 units per month, recently culminating in 1 million units sold in total, the studio said today on Twitter.

From 1 million units, we estimate Gorn has earned around $12 million in revenue (excluding platform fees). This is based on a $20 unit cost with some adjustment to account for many steep discounts the game has seen over the years.

Moss started on PSVR as a timed-exclusive, but also found its way to other platforms. The studio has also seen a long sales tail for its game, recently telling Road to VR that launching the game on new platforms was so successful that it felt nearly like launching the game for the first time each time Moss reached a new platform.

So far the studio has only confirmed Moss: Book II for PSVR, but we very much expect the studio to bring the game to the other major VR platforms in the future.

From its 1 million units, we estimate Moss has earned around $22.5 million in revenue (excluding platform fees), based on a $30 unit cost with some adjustment to account for sales discounts over the years.

Moss has averaged around 24,400 units per month over its lifetime, though we’re not aware of any other comparable unit milestones so it’s hard to get a clear idea of what the trajectory has been like. That said, the game sold roughly 5,500 units per month on Quest alone in its first year, even before the more successful Quest 2 launched.

While these are certainly successes for VR titles, they pale in comparison to VR’s bonafide killer app, Beat Saber, which has averaged a whopping 121,200 units per month and an earned an estimated $180 million as of early 2021.