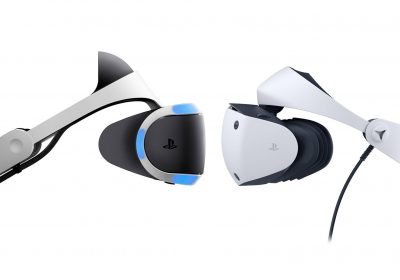 It’s more than a bit disheartening to see essentially the same top PSVR game downloads repeated throughout the years, although here’s to hoping this may be the last time we utter the names Beat Saber, Job Simulator, and SUPERHOT VR in sequential order as the upcoming platform’s best-performing titles.

The original PSVR has earned a well-deserved rest after more than six years of faithful service, no doubt. But on February 22nd, the company’s next-gen headset PSVR 2 is coming to town, which has the potential to shake things up a fair bit as the PlayStation begins charting titles created for its latest and greatest VR headset.

I’m hoping to consider this a bid farewell to the same ol’ top download chart, which seems to have stayed fairly stagnant for the past couple of years. Before we go further though, here’s the top PSVR downloads in 2022:

Notice anything familiar? With the exception of Sniper Elite VR, which actually released in 2021 (but critically didn’t rank among the top downloads that year), it’s nearly identical to the chart from 2021. Pretty much par for the course for the platform’s aging game library, it seems.

Notably, PSVR 2 doesn’t feature backwards compatibility, although many games on the chart above are either re-releasing on PSVR 2 or getting a free upgrade, so we’ll very likely see many of these titles persist in the charts for months to come.

Sony has also publicly announced a handful of PSVR 2 titles which may be strong contenders for the top spots in the coming months and years. Popular games and franchises include Resident Evil 4, Resident Evil Village, Horizon Call of the Mountain, Demeo, Crossfire: Sierra Squad, Firewall Ultra, Among Us VR, 2MD: VR Football Unleashed All-Star, and Hello Neighbor: Search and Rescue just to name a few. We’re still waiting on an official list of launch day titles and a more concise understanding of what’s getting an upgrade, and what isn’t.

Granted, I said I’m hoping to consider this a bid farewell to the seemingly iron clad chart rankings, although there’s a good reason those top games performed so well on PSVR. The top three—Beat Saber, Job Simulator, and SUPERHOT VR—undoubtedly make for excellent first-time VR experiences for basically anyone. After all, PSVR was likely the first VR headset for many who already own a PS4, so a continued focus on casual VR content makes sense.

Note: Beat Saber has been confirmed for a PSVR 2 rerelease (possibly free upgrade, but Meta hasn’t said yet), while Job Simulator and SUPERHOT VR are still unconfirmed for PSVR 2.

It remains to be seen whether the ‘newcomers at the top’ paradigm plays out the same way with PSVR 2 though in the months and years to come. Many of the top games on PS5 appeal to a more mature gaming audience (in gaming ability, not age), which is reflected in the top 2022 downloads there: Call of Duty: Modern Warfare II, God of War Ragnarök, and ELDEN RING. A better analogue though for PSVR 2 may be Quest 2’s performance over the years, owing to its spot as essentially the largest VR platform for consumers. Many of the top titles on the monthly Quest charts present a better mix of casual drop-in titles and more lengthy adventures such as BONELAB, Moss: Book II, and The Room VR: A Dark Matter, which may mean the PSVR 2 chart may look very different indeed.

Still, for PSVR 2 to follow the same path, there needs to be an extensive mix of premium quality content for newcomers in addition to the top games repeated from the days of yore. Players will be looking for fresh casual content like Astro Bot Rescue Mission, PlayStation VR Worlds, and Creed: Rise to Glory—the sort of games you can plop family and friends into that they immediately understand and can play—in addition to needing a steady stream of ‘AAA’ level titles like Resident Evil Village and Horizon Call of the Mountain, two of the largest standouts PSVR 2 users will probably look to for the sort of graphical quality they’re used to on flatscreen.

In the end, it’s hard to say how things will shake out. Sony appears to be playing its PSVR 2 hype strategy more or less in the same way it did with PS5, i.e. not many exclusives and a softer launch than expected. That could have to do with the fact that the all-in price for a PS5 and PSVR 2 headset is around $1,100, which not only limits the number of prospective game sales by a fair bit, but could mean less first-party investment overall if the install base isn’t large enough. Whatever the case, we’re hoping to hear more about games and get a better understanding of launch day titles over the coming month leading up to its February 22nd launch.

What’s your opinion? Will future PSVR 2 charts look the same, be dominated by new casual content, or will we see more mature titles break in? Let us know in the comments below!