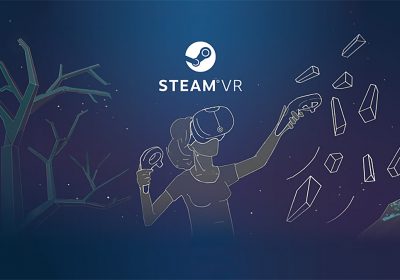 Valve this week updated its monthly Steam Hardware & Software Survey to fix issues resulting in anomalous VR population data. The corrected figures return the survey to being one of the most useful pieces of public data about the trend of consumer PC VR usage.

If you’ve been following along closely you might have noticed we haven’t reported on the VR data in Valve’s Steam Hardware & Software Survey data in several months. While it has been a largely reliable indicator over the years, starting in May of 2022 the data began to swing wildly in ways that didn’t seem to comport with any trends in the real world.

After not hearing anything from Valve for several months on the issue, this week the company finally told us that it has now fixed “a few issues” with the data collection and reporting, and “expects to have more accurate results going forward.”

The company also provided us with corrected data for the months in question (May, June, July, & August); while we didn’t get the full set of corrected data (since the survey only shows the current month’s data), we got the most important data point for each month (the percent of all Steam users with connected headsets), allowing us to update our estimate of VR headsets in use on Steam.

Each month Valve collects info from Steam users to determine some baseline statistics about what kind of hardware and software is used by the platform’s population, and to see how things are changing over time, including the use of VR headsets.

The data shared in the survey represents the number of headsets connected to Steam over a given month, so we call the resulting figure ‘monthly-connected headsets’ for clarity; it’s the closest official figure there is to ‘monthly active VR users’ on Steam, with the caveat that it only tells us how many VR headsets were connected, not how many were actually used.

While Valve’s data is a useful way see which headsets are most popular on Steam, the trend of monthly-connected headsets is obfuscated because the data is given exclusively as percentages relative to Steam’s population—which itself is an unstated and constantly fluctuating figure.

To demystify the data Road to VR maintains a model, based on the historical survey data along with official data points directly from Valve and Steam, which aims to correct for Steam’s changing population and estimate the actual count—not the percent—of headsets being used on Steam.

The updated data shows that, on average, VR saw slight growth over the Summer with an estimated 3 million monthly-connected VR headsets on Steam in August. While normally we’d have a further breakdown of specific changes in the share of indiviaul headsets and headset vendors on Steam, we haven’t (and don’t expect to) receive that corrected data at this point, so we’ll have to wait for next month for new figures.